For years, Katter Barrett & Patten LLP has been providing quality, personalized financial guidance to local individuals and businesses. Our expertise ranges from basic tax management and accounting services to more in-depth services such as audits, financial statements, and financial planning.

Katter Barrett & Patten LLP is one of the leading firms in and throughout the area. By combining our expertise, experience and the team mentality of our staff, we assure that every client receives the close analysis and attention they deserve. Our dedication to high standards, hiring of seasoned tax professionals, and work ethic is the reason our client base returns year after year.

Our client philosophy is to provide the best possible service to clients in the areas of auditing, accounting, tax and management advisory services.  We desire to be associated with reputable and progressive clients and assist them in achieving their maximum potential.  This requires open communication to reach an understanding of our clients' needs through research and sound analysis. Katter Barrett & Patten LLP is dedicated to meeting these goals with high standards of excellence and professionalism. We have been a staple of the area's business community for years, and pride ourselves on the level of esteem we have earned.

Our dedication to hard work has earned the respect of the business and financial community in and around the area. We believe this to be a direct derivative of our talent and responsiveness to our client base. Whether you are a current or prospective client, rest assured that individuals and businesses who choose Katter Barrett & Patten LLP receive competent and timely advice.

Debbie L. Patten was admitted as partner on October 1, 2013.

The firm office has been continuously located in the Pioneer Trust Building, Salem, Oregon.

Debbie has worked in public accounting since 1996, when she joined Katter Barrett & Patten LLP as a seasonal tax preparer. She later left the firm to attend Western Oregon University and received her Bachelor's Degree in Accounting in 2007. Debbie spent the next 6 years at a small local firm in Portland before returning to Salem. She received her Oregon CPA license in 2009.

Debbie became a partner at Katter Barrett & Patten LLP effective October 1, 2013. Debbie is a member of the AICPA and Oregon Society of CPA's. Outside of work, she enjoys travelling and spending time with her family.

Scott began his accounting career after graduating from Southern Oregon State College with a Bachelor of Science degree in Business/Accounting.  He was named the outstanding accounting student for his class.  He was hired by Reeves, Davis & Bauman in 1980 and has continued to work for the firm, becoming partner in 1987.

Scott's areas of expertise include tax planning and return preparation for all types of entities specializing in individual taxation and employee benefit plans.  He also provides compilation and review services for small businesses.

Scott is a native Oregonian, born in Burns, and enjoys golf, reading, movies and more golf.  He is a member of Salishan and Valley golf courses. 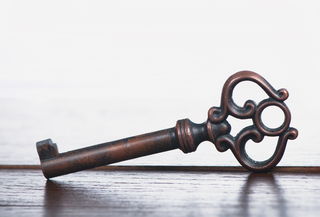